What is Hookah Smoking? 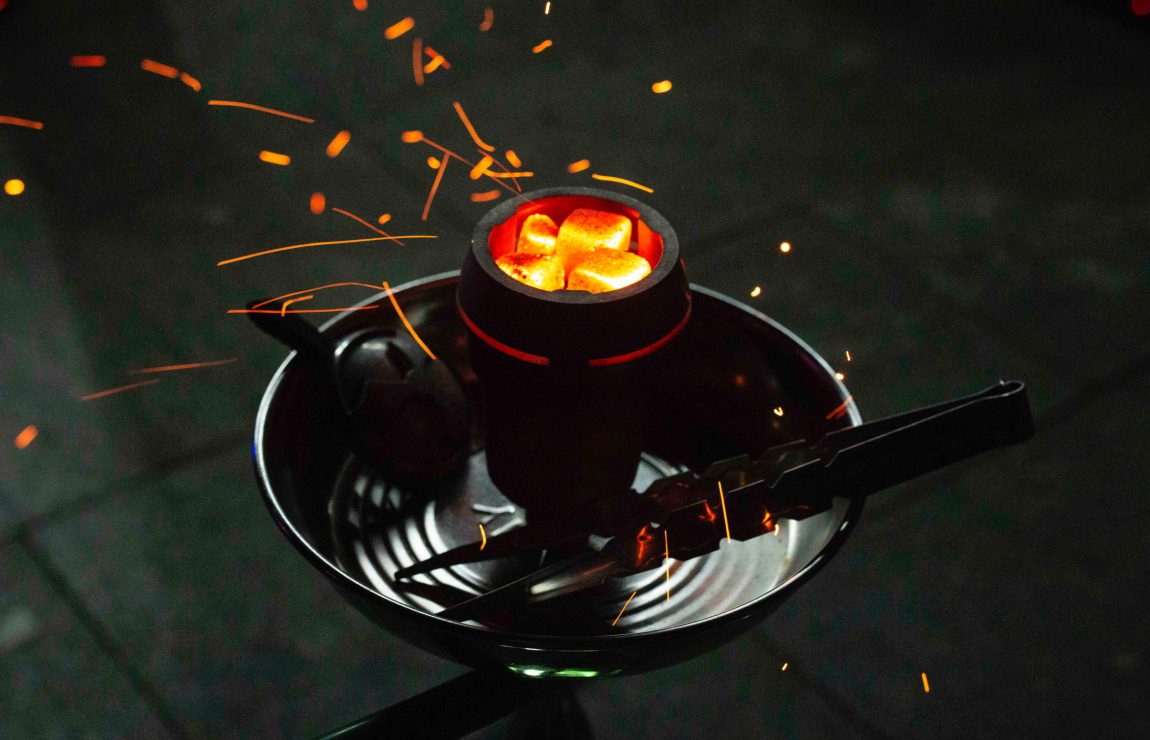 What is hookah smoking?

Hookah smoking has become increasingly popular in recent years, especially among young adults looking to socialise within a hospitality setting. But what is hookah smoking, and how is it different from traditional cigarettes or cigars?

For starters, hookah smoking (otherwise known as shisha) typically involves using a water pipe to smoke flavoured tobacco. The tobacco is usually placed in a bowl at the top of the hookah, and then hot coals are placed on top of the tobacco. By inhaling through the hookah hose, the tobacco heats up, the smoke is drawn down through the water and then up into the hookah hose, where the cooled smoke is inhaled by the smoker.

So if you’re looking for a new way to enjoy tobacco, hookah smoking might be worth trying out but it’s not to be rushed and requires a bit of research beforehand so that you know what you’re getting into. 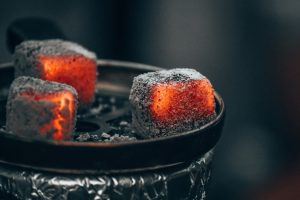 The history of hookah smoking

Hookah smoking has a long and storied history, and whilst recent times have seen a resergence, the origins of shisha span many hundreds of years and dates back to the16th century. Though its exact origins are disputed, it is thought to have originated in India at around the time glass manufacturing was establishing itself as a new industry and as a result of the British East India Company exporting glass. Popular with noblemen of the time, it became a way for them to show off their social status. 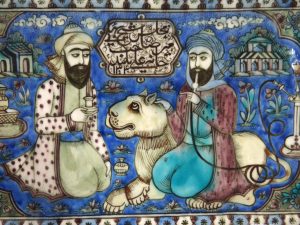 In the 17th century, hookah, otherwise known as Nargileh in this particular region, became a part of Persian culture and an entire industry emerged with craftsmen carving more intricate and elaborate designs on the pipes, and hookah servants being hired to help prepare and clean the shisha pipes. A dark leaf tobacco called Ajami was very popular at this time, with a much stronger flavour than might be enjoyed today.

During the 18th centry, hookah began to spread much further West from what is now Iran, towards Turkey where further evolution took place with blacksmiths casting shisha in brass with intricate design. Even today you can see similarities in some of the designs pointing back to shisha design influence of old. By this point shisha had becomes a prominent activity for Turkish high society and had become an even greater symbol of social status. The gesture of passing a shisha pipe after a royal dinner became customary, symbolising trust and friendship. Equally, declining an offer to smoke shisha with your host coul be taken as an insult.

Inevitably hookah, having already become a key part of Middle Eastern culture, had managed spread much further South and West. By the 19th century it was incredibly popular throughout the Middle East new types of tobacco were being invented that had been mixed with either honey or molasses to produce Mu’Assel, translated as ‘with honey’ but more commonly would be just a ‘syrupy tobacco’. It’s at this time that some of the flavours popular today started to emerge such as grape, lemon and mint. 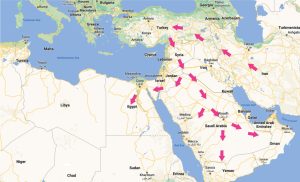 It’s around this time that the ‘purge valve’ was invented as a way to help cool down the tobacco and to provide a method for forcing out any smoke trapped in the base. By cooling the smoke down, flavours became even more popular further pushing the industry further down that path of luxury and relaxation but still retaining it’s popularity as a way to bring people together no matter their gender or origin.

As time went on as the 20th century unfurled hookah continued to spread in popularity and gradually made its way into every corner of Europe, and as people increasingly began to travel the world hookah was introduced to all corners of the globe.

Today, hookah smoking is enjoyed the world over by people of all ages and cultures, and whilst retaining much of its middle eastern theming, whether shared among friends or smoked alone, hookah provides a unique and relaxing experience and continues to play an important role in every culture that it exists. 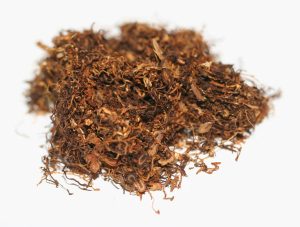 However regardless of any cultural context, hookah smoking remains a popular pastime for people across the globe to be enjoyed in a casual and relaxed setting and centers around conversation and personal connection for those participating.

There are many names for shisha some of which are more commonly used around the world with the more common being : argila, ḡalyān or ghalyan (or kalian), ḥoqqa, nafas, nargile, čelam or čelīm, hookah and or course shisha.

How to smoke a hookah

Shisha smoking is a centuries-old tradition and the process hasn’t really changed in concept. The equipment has certainly come a long way, with the first hookahs taking the form of a coconut shell – and when compared to the modern bowls of today with LED hookah bases, contemporary glass hookah bowl design, CNC routed windguard  heat management modules, the two activities couldn’t look any different. However it is relatively simple and can be done with just a few materials.

First, the tobacco is placed in the bowl of the hookah and then covered with a layer of foil. A small piece of hot charcoal or a heated hookah rock is then placed on top of the foil. Hookah rocks can also be soaked in flavours. With the hot charcoal or rock in place, the hookah is ready to be smoked. By gently inhaling through the hose, smoke is drawn up through the cold water and into the lungs.The smoker then exhales the smoke.

As an activity, hookah smoking is often considered to be a more leisurely and relaxing experience than cigarette smoking, and it can be enjoyed with friends in a social setting however because of the extended time taken to smoke hookah with a typical session lasting several hours, there are of course the usual and well documented health risks to consider as a result of tobacco smoking.

That being said, if you’re happy with the risks whether you’re new to hookah smoking, or an experienced smoker, taking the time to relax and enjoy a well made hookah pipe and flavoured tobacco can be a truly enjoyable experience.

Different flavors of shisha tobacco and their tastes

Shisha tobacco is available in a wide variety of flavors, each with its own unique and distinct taste. You can also mix your own flavours for something truly unusual. Common flavours include mint, apple, cherry, and grape, and the more exotic flavours include chocolate, coffee, and various spices. When selecting a flavour of shisha tobacco, it is important to consider the other elements of the smoking experience and the equipment available to you. That means thinking about the type of charcoal used, the quality of the hookah bowl and hose, and the way the tobacco is prepared. This all plays a role in the final flavour and all round hookah experience.

Generally speaking, darker tobaccos tend to produce a smoother smoke, while light tobaccos can be a little more harsh, but you should really experiment to find something that works for you. Experimenting with different flavours is part of the fun of smoking shisha, so don’t be afraid to try something new as no matter the taste, the process is the same.

Tips for getting the most out of your hookah smoking experience

Hookah smoking should be a relaxing and enjoyable experience, but there are some things to consider to help you get the most out of it. First, it’s important to choose the right type and flavour of tobacco. There are many different flavours and brands available, so you should experiment until you find one that you like the most.

Second, use fresh charcoal for each smoking session to help ensure an even burn of your tobacco, and to produce an optimal flavour. Finally, you are encourgaed to take your time when smoking. Take in the smoke and savor the flavour of the tobacco. Let the smoke linger in your mouth before exhaling to fully immerse yourself in the experience.

Third, before diving in to buy your own setup, try to visit a few hookah bars to try out their kit and to learn a bit more about what you’re doing.

By following these simple tips, you are sure to enjoy yourself.

The Best Hookah Lounges in NYC

If you reside in, or are lucky to be visiting The Big Apple, why not…